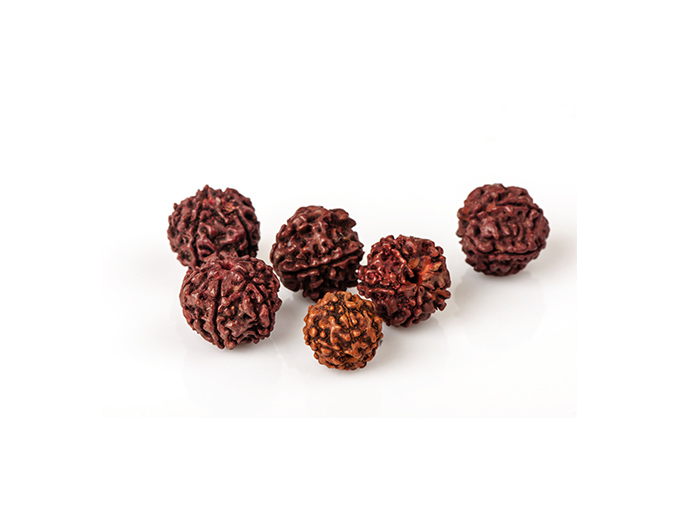 Traditionally worn by yogis in India, rudraksha beads are the seeds of a fruit tree found in Asia. The word rudraksha is derived from ‘Rudra’, meaning Shiva (Hindu god of all living creatures) and ‘aksha’, meaning eyes. Legend says that when Lord Shiva opened his eyes after prolonged meditation, he cried because he saw and felt all the suffering of the world. When his tear fell to the earth it sprouted a rudraksha tree. Thus it was born of Shiva’s compassion, that humans might be relieved from their suffering. Many ancient scriptures recommend wearing Rudrakshas for their many healing qualities and in the hope of attaining the protection of Lord Shiva.

This site uses functional cookies and external scripts to improve your experience.

This site uses functional cookies and external scripts to improve your experience. You may change your settings at any time. Your choices will not impact your visit.

NOTE: These settings will only apply to the browser and device you are currently using.